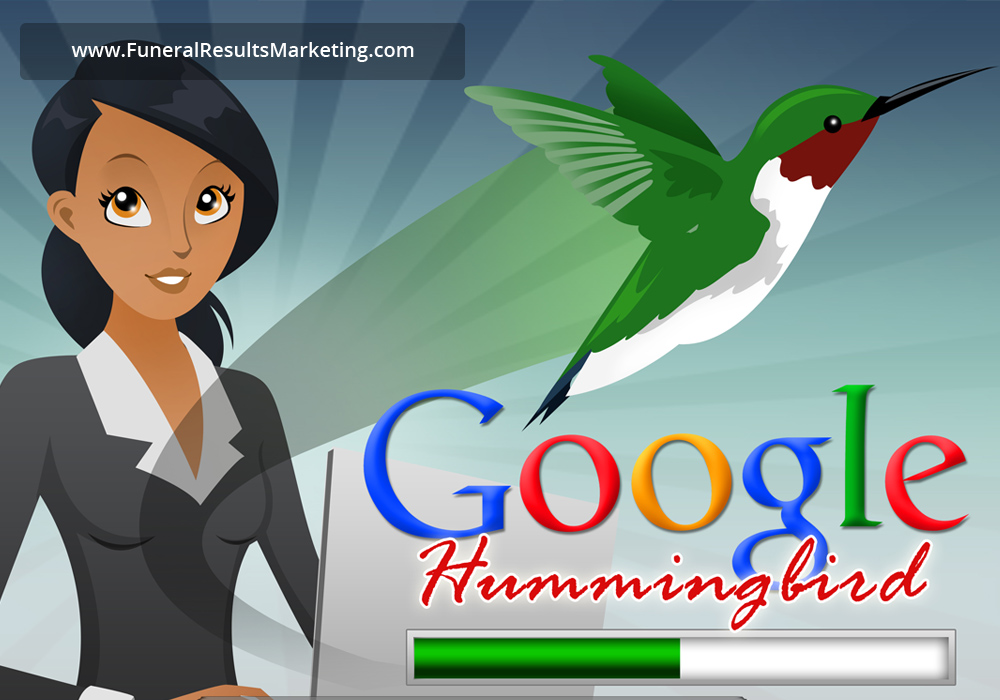 In the past two years, we’ve seen several disruptive updates that have sent shockwaves within the Internet marketing communities. Among the biggest recent updates that shook things up for website owners were Google Panda (which snuffs out “thin sites” or sites with low quality content) and Penguin (which penalizes spammy sites). Behind those cute and cuddly names are some seriously fierce updates that actually put some online marketers out of business.

But mind you, Penguin only touched about 2.4% of English-US searches according to Google’s Matt Cutts.

After the dust has settled, another major Google update has surfaced which was actually doing its thing right under our noses since August of this year and had been announced only a month later. Unlike Penguin before it, this new update affected a staggering 90% of all searches.

Introducing Google Hummingbird, named as such for its precision and speed in serving search results. According to Google, it’s the biggest change to their algorithm in over a decade.

What is Google Hummingbird all about?

Unlike Panda and Penguin, which were more of a tweak to Google’s search algorithm, Hummingbird is sort of a re-introduction of Google. It has been created to refine Google Search as a whole. Google’s goal from the start was to serve better search results than what the competition like Yahoo! and Bing were serving. This time, Google aims to one up itself.

As you will see later on, Google Hummingbird retains most of the principles that make Google a powerful search engine. This time, however, under the hood, Google is a brand new machinery that’s more efficient, and much more user-friendly.

How do you make sure your funeral website is Hummingbird compliant?

Hummingbird is barely a month old, and, chances are, your funeral website has been affected by it. But do you need to worry? You don’t have to, especially if you have been optimizing your funeral website based on Panda and Penguin guidelines. If you’ve cleared your site of duplicate content, and if you’ve made sure not to over-optimize it, you should be able to see some improvements in your ranking.

Pagerank, being the brainchild of one of Google’s founders, will remain as part of Google’s ranking factor. It determines the site’s popularity and authority depending on the value or quality of its inbound links. However, it no longer plays a major factor in ranking like it use to, as Google explores other more efficient factors that could be used in determining how a site should rank.

To maintain, and even increase your funeral site’s pagerank, strive to update it with fresh and high quality content on a regular basis. This is where a blog is extremely useful. Along with your online obituary promotions, you want to publish at least three new blog posts each week.

Other things you should do to increase your funeral site’s pagerank include linking it from high authority sites such as directories that are relevant to the funeral industry. Also, as Google continues to evolve, social sharing, brand mentions, local search, and content marketing will grow in importance in relation to ranking your site.

The biggest, and perhaps the most important change that Hummingbird offers is its ability to understand questions the way humans ask another person. In other words, with Hummingbird, search now gets more conversational.

What does this mean for your funeral site?

Using keywords is still the foundation of search, but be sure to vary your keywords by using related terms and keyphrases. Don’t worry about having to use fewer exact-match keywords, because that’s exactly what Penguin was rolled out for; to snuff out over-optimized sites. Google now wants to offer better search experience to users with “conversational searches.”

Nothing very significant has changed in search with the introduction of Hummingbird. Your site may not see substantial changes in ranking, especially if you’ve complied with Panda and Penguin. As long as you focus your efforts on user experience, you’re funeral site should be fine. Any SEO campaign that you carry out for your business moving forward should cover all the elements that a human user is looking for in an interactive and easy to use website.

For more information on properly optimizing your funeral website for search, and to make sure it stays Hummingbird compliant, let’s talk. You can visit us at (site) or call (number) today.